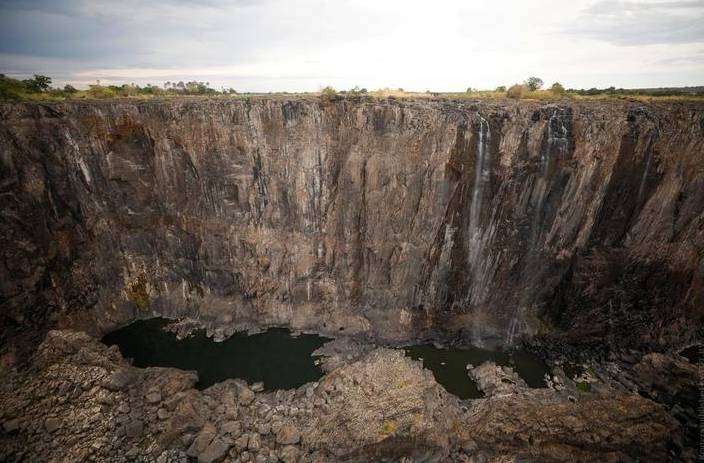 One of Africa’s most spectacular tourist attractions is in disaster.

Victoria Falls have shallowed to a record low due to severe drought. This has raised concerns among experts that climate change could destroy one of the region’s largest tourist attractions.

According to local residents, in the past years the volume of water decreased during the “dry” season, but not so significantly.

The drought has led to crop failures, with an estimated 45 million people needing food aid. In addition, Zimbabwe and Zambia suffered from power outages as they receive power from the Kariba hydropower plant on the Zambezi River.