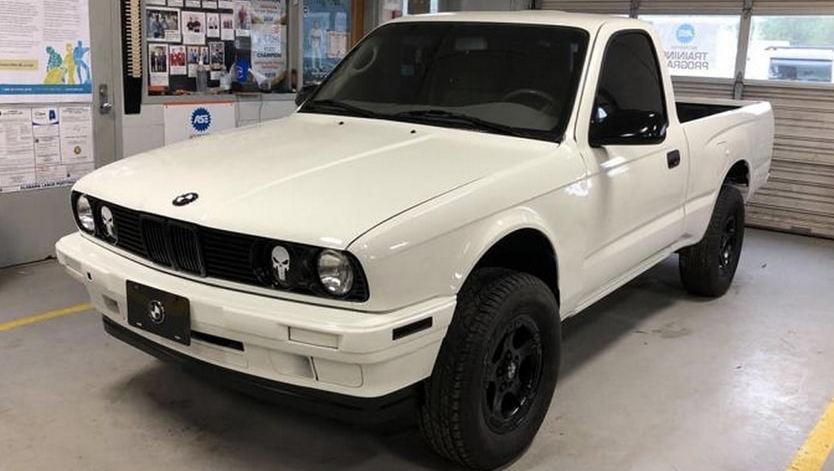 BMW for the countryside. Students built an unusual pickup truck

Apart from prototypes, BMW has never produced a production pickup. American students in Alabama were so upset by this fact that they built their own 3-Series E30 muzzle truck.

The 2001 Toyota Tacoma pickup, popular in the USA, was taken as a basis. It turns out that the front end from a 1987 BMW 325i is perfect for this car. The students “connected” the two cars, finding them among the decommissioned vehicles. The project was built at the Shelby County Career Tech Education Center (CTEC), which trains specialists for future tuning studios.

The pickup will be shown at the Alabama Auto Show this month. Technically, the car is completely identical to the Toyota Tacoma. It’s funny that in the world of production cars there is also Toyota, “crossed” with BMW: the current generation Z4 is a close relative of the Toyota Supra. Only the engine there is German.