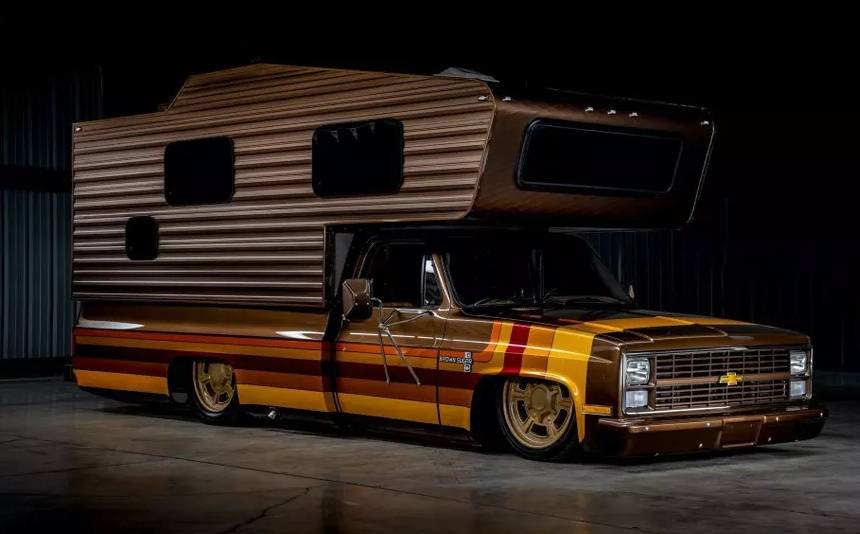 The car was estimated at almost 180 thousand dollars

The dealer for classic and exotic cars Grand Rapids Classics from Michigan, USA, decided to sell the restomod of the Chevrolet C30 camper model of 1983. The RV was built for last year’s SEMA and features a GM LS V8 with a cast iron block, air suspension and a retro-styled living compartment. The price is almost 180 thousand dollars.

The basis of the camper is the third generation Chevrolet C-series pickup, produced from 1973 to 1987. In this case – C30 monochromatic. The car was built by River City Rods and is nicknamed Brown Sugar. There is a reinforced rear axle with a Watt mechanism, Vintage Air air suspension, and under the hood – a 5.3-liter GM LS V8 with a cast iron block, combined with a four-speed automatic 4L80E.

The living area and the body of the pickup are painted in the style of the 1970s and 1980s, with a combination of colors and geometric patterns characteristic of the time. Inside, everything is lavishly decorated with wood, there is an audio system assembled from two whiskey barrels and a sink made from a vintage Coca-Cola refrigerator. In addition, the salon has a microwave oven and several sleeping places.